This month on Dispodopolis, we discuss the recently released movie from Pixar, Onward. It is a departure from the traditional fairy tale that is commonly represented in a Disney movie. It takes you on a journey where you rediscover the magic in a world that has walked away from the enchantment. Onward’s primary purpose is opening up the conversation about losing a parent, and the struggle one feels when they have that void in their life. You often feel like nothing can fill that void. There can be so many unanswered questions when you lose someone you love. In Ian’s case, he never was able to meet his father because he wasn’t born yet.

Onward was released on Friday, March 6th, to a dwindling box office. It unfortunately only pulled in $103.2 million worldwide before closures of theaters happened across the world. No one could have predicted the outcome and length of this lockdown. No one knew this was coming, and to what extent it would affect our lives. Disney quickly and strategically repositioned the movie to be released to buy on most streaming services on Friday, March 20th, for the purchase price of $19.99. It would have cost us a minimum of $60 if we had viewed it in the movie theater. They also decided to boost their Disney+ viewership by releasing the movie two weeks later on the streaming service. So we all were able to view it on Friday, April 3rd.

There is a small but well-casted group of actors performing in Onward. Tom Holland of Spiderman fame plays Ian Lightfoot. He is said to be the best iteration of Spiderman to date. Chris Pratt is well assigned to play Ian’s older brother Barley. He brings that carefree mannerism that encapsulates Barley’s personality. The mother, Laurel Lightfoot, is played by Julia Louis-Dreyfus. Julia Louis-Dreyfus comes from Seinfeld and Veep notoriety. She personifies a mother who genuinely loves and cares for her sons and understands the emotional struggles they deal with daily. Laurel’s boyfriend, Colt Bronco, is played by Mel Rodriguez, who is known for smaller, supportive actor roles in Hollywood. He is the comic relief in the family scenario and the feeling of disgust for the two boys. They tolerate the relationship at the beginning of the movie.

Onward starts in the time of yore. It begins with an introduction to the start of Mushroomton and the ancient society that existed along with magic. It was a wondrous and magical time where people worked together to survive against the elements and nature. Technology slowly is developed by the many creatures of this society, and the need for magic fades. The next generation of elves and wizards don’t want to put the work into the discipline anymore. It is a difficult achievement to master the ancient arts, and flipping a switch for lights is so easily accessible. This analogy so easily applies to many parts of our modern world and lives today. Some representations are growing up into adulthood to watching our lives being overrun by technology and the isolation of our devices.

We are introduced to all types of mythical creatures that inhabit the modern Mushroomton. Ian and his brother are elves, while their mother’s boyfriend, Colt, is a centaur. There are bands of rebel pixies roaming the roads on choppers and a manticore amply named Manticore. There is a cast of other creatures from trolls, goblins, and gremlins that dwell in this small urban town. In these modern times, pixies have lost the ability to fly; unicorns are pests, and dragons are their pets. I love how they interpret these creatures in modern times.

The central development of the story was created by Dan Scanlon, who also directed the movie. He has previously worked on Cars as a storyboarded and wrote and directed Monsters University. He drew on his own experiences of never knowing his father, who died in an automobile accident when he was one. He also has an older brother, who was three at the time of the accident. Ian and Barley are extrapolated from his memories and feelings and loosely represent him and his brother. Dan had been working on the development of this movie for six years. Pixar seems to be a working environment that encourages you to look deep into yourself and find the story.

It can be equated to a coming of age story for Ian Lightfoot. Onward is set on Ian's sixteenth birthday, and his mother presents a gift from their father to Ian and Barley. The father, Wilden, leaves them a magical staff and a visitation spell. It is more than Ian can handle, and the phoenix gemstone explodes. If you have seen the trailers, you know how the spell left their dad half-formed. They have 24 hours to find a new Phoenix gem and complete the top portion of their dad. Barley and Ian work hand in hand on this journey. Barley supplies the knowledge of the ancient ways, and Ian possesses the gift of being able to perform spells.

Embarrassed by his somewhat eccentric brother, Barley, who is deep into the ancient history of their society and the game Quest of Yore, Ian is drug along the journey by the enthusiasm of his brother. In Mushroomton, Barley is drifting through his life and hasn’t found his path. HIs deeply entrenched in preserving the history of the town and saving the historical sights that still exist. Ian is questioning his mother about not pushing Barley to move on with his life and not being overly concerned with Barley’s inability to plan his future. Children don’t often see the struggles that a parent has with each child and doesn’t understand that each child needs a different discipline and structure. They only see the attention and pressure being placed on them.

The trek leads them to the Manticore Tavern, which was once a wild and dangerous place, but now is a child-friendly restaurant run by the Manticore. She sends them on a quest to recover a new Phoenix Gem. They head towards Raven’s Point. The run into a pack of Pixies at a gas station while they try to purchase gas. While getting back on track, Ian has a driving lesson that gets them pulled over by a couple of officers. Next, they have to cross the draw bridge that no longer works. After that, they are pursued by the police and have to evade them by sacrificing Barleys’ van, Guinevere. Locating the Raven’s Point statues, they find their way to the cave, which leads them to the river that flows down to their last challenge. Along this journey, Barley is helping the many creatures of Mushroomton find their true self and rediscover the magic they have always had inside them. He is the thread that connects the modern world with the ancient one.

We can’t forget Laurel, the boy’s mother. She has begun her own quest and has head out into the night to find them. She runs into the Manticore at the tavern. The Manticore and Laurel join forces and have a fantastic adventure of their own. They both learn their strength and what they contribute to their family and friends. In the end, the Manticore and Laurel come to Ian and Barley’s aid to help them finish their final challenge and quest.

Ian and Barley’s many adventures and the lists that Ian makes throughout the movie help Ian realize that he may not have the family that he wants but do have the family he needs. We may not always agree or see eye to eye on the choices that our siblings and family members make, but we have to respect the healthy choices they need to make. Ian realizes that his older brother has always been there for him and has been the father he never knew. In the end, Ian sacrifices his moment with their dad, so his brother can have the closer he needs. Ian has discovered his father’s spirit, and kindness does live within him. 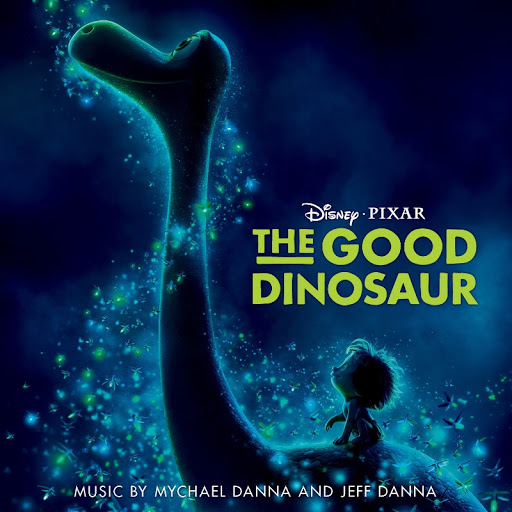 The Soundtrack was created and produced by the brother team of Mychael Danna and Jeff Danna. They also worked on The Good Dinosaur. They also seem to have an extensive background in Celtic music, which can be heard throughout their compositions. The main theme song for the movie was written and performed by Brandi Carlile. She came to fame in the middle 2000s with her albums Story and the self-titled Brandi Carlile. Her music is categorized as Folk-Rock and Alternative Country. I was able to see her in concert at a venue in Austin in 2007. We all agreed that we would have loved to hear music play a more central role in this movie. They should have considered using the talents of Brandi Carlile more extensively in this movie.

One small hitch that befell the movie was a lawsuit floating around the originality of the van Guinevere. It had seemingly been copied from San Francisco artist Sweet Cicely Daniher. Guinevere was a close replica of her unicorn artwork that she painted onto her 1972 Chevrolet G10 van, Vanicorn. Cicely’s van had been on the Pixar campus at an event for the company’s artists and employees. 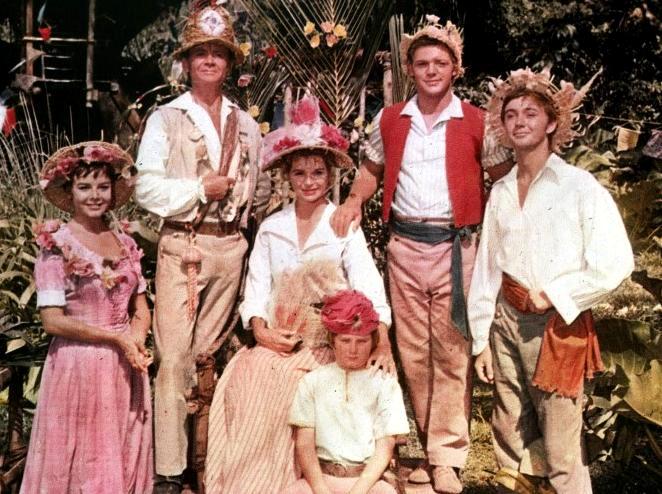 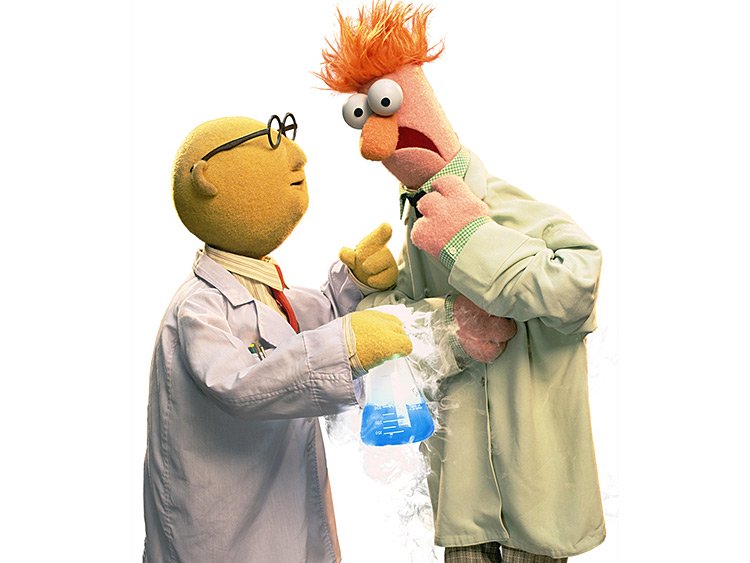 Before we have our discussion about Onward, we discuss which duo in a Disney production must closely relate to your own sibling experience. There is a lot of talk about the characters created by the Jim Henson Company. We also discuss some less traditional relationships like Lilo and Stitch. Finally, we point out the sibling representation presented in the movie Swiss Family Robinson. Which famous duo do you think celebrates or represents a sibling relationship even if it isn’t a biological one.

We would love to hear from you and your family. If you have any comments, questions, or fun and fancy-free thoughts, email us at comments@dispodopolis.com. Please enjoy our latest podcast, Dispodopolis.